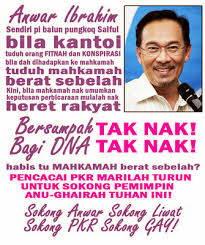 source :the unspinners
Posted by KZSO at Monday, March 31, 2014 No comments: Links to this post

source : angin perubahan
Posted by KZSO at Monday, March 31, 2014 No comments: Links to this post source : astro awani
Posted by KZSO at Monday, March 31, 2014 No comments: Links to this post 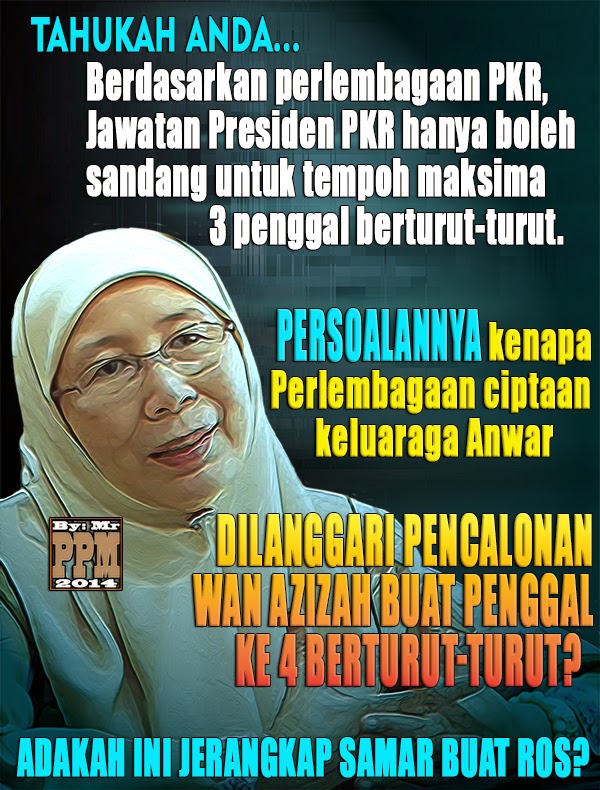 source : pecah palak mikir
Posted by KZSO at Monday, March 31, 2014 No comments: Links to this post 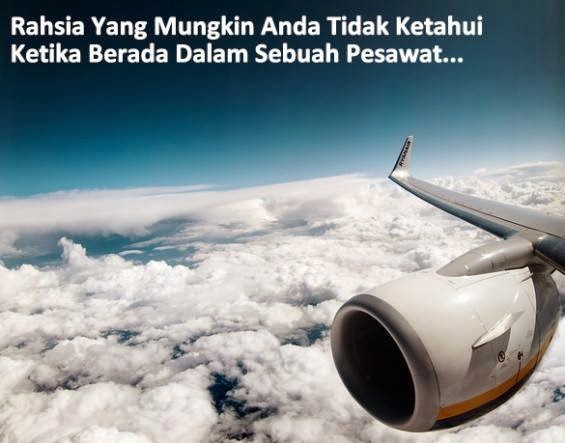 source : siemens - melayu maju
Posted by KZSO at Sunday, March 30, 2014 No comments: Links to this post

PKR ELECTION : Anything can happen in politics, especially at 'Istana Segambut'

Anything can happen in politics, especially at 'Istana Segambut'

THE air had been heavy with speculation all day. The talk among the crowd at the PKR headquarters was that power couple Datuk Seri Anwar Ibrahim and Datuk Seri Dr Wan Azizah Wan Ismail would be putting in their names for the president’s post.
It sounded so incredible, outrageous even, but anything, as they say, is possible in politics.
No one could confirm it although a Whatsapp image of Dr Wan Azizah’s nomination paper had been circulating since early morning.
Most at the party headquarters assumed that Anwar had won the top post uncontested until election director Datuk Johari Abdul announced at the end of the day that there were two nominations for president.
There was a loud gasp from the crowd and many were visibly shocked when Johari read out Anwar’s name, followed by Dr Wan Azizah’s. A few of the men could be seen shaking their heads in disbelief.
PKR politics has always been about the Anwar family, but what happened yesterday took the cake.
But it did not take much to guess what the husband and wife pair were up to. Far from fighting each other, their aim was to checkmate incumbent deputy president Azmin Ali who was planning to go for the presidency if Dr Wan Azizah decided to hold on to her post.
The game plan, according to insiders, is as such: If Azmin remained as the No. 2, Anwar would withdraw so that his wife would win uncontested. But if Azmin persisted in going for the No. 1 post, then Dr Wan Azizah would withdraw and Azmin would have to take on Anwar himself.
It was a masterstroke on the part of Anwar and at 4.45pm, just minutes before the close of nominations, Azmin filed his papers to defend his deputy president’s post.
Azmin could read the writing on the wall. He has a good chance of beating Dr Wan Azizah but there was no way he could defeat Anwar for the top post.
“Serve them right for calling her (Dr Wan Azizah) sleeping beauty. She will be crowned as our queen,” said a former aide of PKR’s first lady.
A fight for the PKR presidency had been averted but at great cost to the party’s reputation. Such practices are normally known as nepotism but those in PKR refer to it as the “politics of Istana Segambut”.
Segambut is where the Anwar residence is and for some time now, party insiders had joked that important party decisions were made around the dinner table there rather than at the party headquarters.
They would joke that all roads in PKR lead to “Istana Segambut” where the real power lies.
But the latest developments in the party have shown that it is no joke, coming so close on the heels of Anwar who had used his clout to pick his wife as the Kajang by-election candidate.
“People were not happy about the Kajang Move. They are going to be even more unhappy about this. It’s not reformasi politics,” said a long-time PKR member whose father had sold the family bungalow to help finance the party in the 1999 general election.
The stage is set for one of the most unpredictable and, quite possibly, the most contentious elections that PKR has ever seen.
A total of six candidates are vying for the deputy president’s post while the four vice-president’s posts will be a crowded race with 16 candidates. There are also more than 100 candidates for the 20 central committee seats.
Azmin is facing big names such as Selangor Mentri Besar Tan Sri Khalid Ibrahim, secretary-general Datuk Saifuddin Nasution and vice-president Tian Chua.
Khalid filed his nomination shortly before noon. It was a big show of force on his part as he arrived with an impressive entourage of supporters, all of whom were dressed in blue and bearing placards and banners.
Azmin kept it low-key and drove himself to the party headquarters in a black Camry. Ironically, he had to park in front of a long banner bearing the smiling face of his nemesis Khalid.
There is quite a bit of sympathy for Azmin now. It is clear that his mentor, the man whom he had been so loyal to, has chosen his wife over him for the party leadership. The rocky ties between Azmin and Dr Wan Azizah have finally come down to this.
There is also talk that Anwar’s family is backing Saifuddin for the No 2 post, largely because Dr Wan Azizah finds him more agreeable to work with.
The PKR election will not only be a test of who the members want to lead the party but also of Anwar’s clout. This party was set up 15 years ago to defend Anwar against accusations of sodomy and corruption. The party has grown and is now part of several state governments but it is still tied up in a rather unhealthy way to the ups and downs of Anwar’s personal life and the influence of his family.
There was a loud cheer yesterday when Anwar’s name was announced as a candidate but not so when Dr Wan Azizah’s name was mentioned. A lot of water has flowed under the bridge since the days when the party willingly embraced Dr Wan Azizah, or Kak Wan as she is known, as their leader. PKR’s family politics may not receive the same kind of warm reception that it used to get.
Yesterday’s nominations hinted of new political alliances being formed while cracks are showing in the old alliances.
But it would be a mistake to underestimate the influence of “Istana Segambut” politics.
source : thestar
Posted by KZSO at Sunday, March 30, 2014 No comments: Links to this post 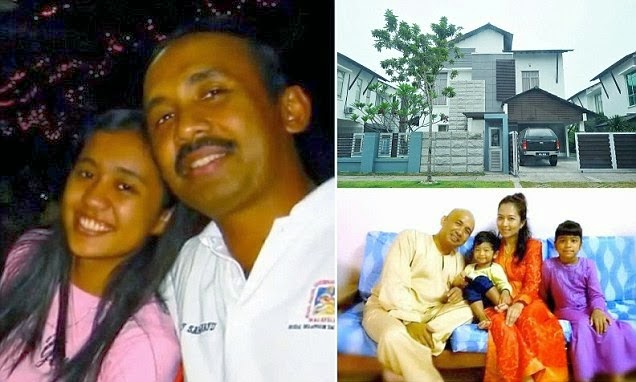 source : pilihan anda
Posted by KZSO at Sunday, March 30, 2014 No comments: Links to this post

Anwar Ibrahim has been accusing PM Najib Tun Razak as the man responsible for 'hiding the truth' about MH370 while Lim Kit Siang said the Barisan Nasional was so weak and 'handicapped' it the search and rescue (SAR) operations.

Lim Lip Eng - also has rectracted his stupid remark about MH370 - was insinuating that Pakatan Rakyat could manage the crisis better if they were allowed to take change of the navy and air force.

And Mujahid Yusof Rawa poked fun at Hishammuddin Tun Hussein by saying the country needs no new equipment to enhance its surveillance but a needs a new government instead.

This is how the opposition contributes to the solving of the MH370 mystery. Instead of sharing idea, they only came up with shabby critics, mocking all parties involved and claimed they should be the ones managing the crisis, and not others whom they condemned as impotent!

Instead what Malaysia needs most was a new government who can handle such a major crisis responsibly, he said.
"It is not about whether the existing radar is of low quality or that those monitoring were asleep when the plane allegedly flew across the Straits of Malacca," Mujahid said at a dinner organised by the Penang PAS Supporters Club in Bayan Lepas last night.
"It's strange that the government is saying that they will buy a new radar system. It is not about a new radar, we need a new government!" Mujahid exclaimed, drawing cheers from the 100 odd crowd.
Among those present at the event to enhance PAS ties with non-Muslims were the Penang Catholic Bishop Sebastian Francis.
"This aging government could not even handle that breach of security of the country and they have the guts to tell us they want to buy new radar?" Mujahid quipped.
He was responding to a statement by acting Transport Minister Hishammuddin Hussein late last night that he has to find the money to change the country's radar system.

The opposition members who attended the event were cheerful and jeered at BN and at how Malaysia - together with 26 nations participating in the SAR - failed to locate the plane after it goes missing on March 8.

They made fun of the government, the MH370 victims and their families, showing how much political fanaticism has turned their brains and hearts into inhumanity, and yet they self-proclaimed as being Muslims!

I am perturbed by all these idiotic and heartless behavior. They prefer to play God instead of angels.

While the whole world came together for the MH370, some of us Malaysians could not be bothered with the incident. When did PAS or even Mujahid himself organise a 'solat hajat' for the victims of MH370?

I think they rather pray for the failure of the SAR as it will put Malaysia for condemnation!